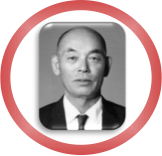 My grandfather (Sengo Shimizu) was a Japanese native who emigrated from Japan to the United States, shortly after being married in 1935. Being a skilled farmer, Sengo and his wife, Haruko, set out to start their new life and settled in the fertile valleys of Salinas, California.

However, with the advent of World War II, President Roosevelt issued Executive Order 9066, which authorized the US military to evacuate all Japanese persons from a number of areas on the Pacific coast to be relocated and confined to internment camps further inland.

Sengo was detained by the FBI because he was an active community leader within the Japanese community and thought to be a potential threat to the United States. Because of this, he was separated from family and sent to a different internment camp from his wife and children who were interned in Texas. For a better part of the war, Sengo was separated from his wife and children, neither of them knowing if the other was safe, healthy or alive. 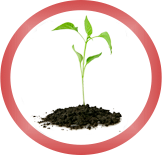 A SEED IS PLANTED

During his internment, Sengo developed a bleeding ulcer worrying about his wife and children. Fortunately, he happened to be living with another Japanese-Peruvian man who knew the art of shiatsu. This man offered to help Sengo with his ailment and after a few months he was completely healed. Amazed by his recovery, he asked this man if he would share his knowledge and teach him more about shiatsu. Through adversity, a seed of idea was now planted.

Sengo eventually reunited with his family and following the end of the WWII in 1945, they returned to the farm in Salinas, CA, only to find that the "friend" they had entrusted their farm to had sold it without their consent. No longer having a place to call home in the USA, the Shimizu family had no choice but to return back to Japan.

Returning home to his birthplace outside of Hiroshima, it was here that Sengo perfected his Sennin-so method of shiatsu. Utilizing what he had learned while interned, he first healed his elderly father who was literally bent over 90 degrees due to degenerative spinal stenosis. Townspeople, amazed at seeing his father walking around upright soon began to ask Sengo to heal their family members.

He was soon being asked to heal more people, which left little time to tend to the family farm. However, the townspeople much preferred that Sengo spend his time doing shiatsu rather than farming and volunteered their own time to tend to the Shimizu farm. All the while, he did not ask for a fee for the treatments. In return for his graciousness, people brought his family food and other necessities.

The countless numbers of people that came for treatments started referring to him as "Sennin." It was from this that the term "Sennin-so" came from which roughly translates in English to mean, "A place where a person with supernatural healing power lives." To this day, we still maintain this "Sennin-so" moniker in memory of my grandfather and his legacy. 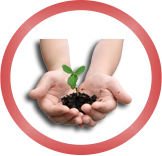 The planted seed was now growing into something very special. Around the early 1960s, Sengo decided to return to the USA settling down in what is now Seattle’s International District. Instead of farming, Sengo returned with his family to cultivate a new career. He initially worked out of his apartment and started to provide his unique shiatsu treatments to those in need of healing.

Word soon spread about Sengo’s amazing treatments and a local judge suffering from back issues heard about Sengo. After being treated and amazed with the results, he helped Sengo to secure a business license and establish a practice outside of his home.

Sengo established his official Shiatsu practice at its current location on the corner of 16th Ave South and South Washington Street in Seattle in the mid-1960s. Later, in the early 1970s, a few of his sons, Roy, Mike, Patrick, and son-in-law George, apprenticed under him and joined my grandfather in expanding his shiatsu practice.

In 1985, Sengo became ill with leukemia. My father, Roy, while visiting his father in the hospital one night, was asked by the night nurse why Sengo never requested any pain pills since she was sure he must be in terrible pain. When my father asked his father if he knew he could request painkillers, Sengo told him, "Do you know why I have no pain?" My father replied, "No." My grandfather answered, "For many many years, I took people’s pain away and now they are taking my pain away." Sengo passed away peacefully at the age of 80 having spent most of his life dedicated to helping people feel better and live better.

Now moving onto a 3rd generation of practitioners, it is both an honor and privilege to be able to continue this practice and healing tradition. It took me awhile to realize this path, but when I reflect on my family history, my path to shiatsu was very similar to that of my father and my grandfather. We all had very different careers before deciding to dedicate our lives to shiatsu.

Today, this shiatsu practice still exists in the same building where my grandfather started his work so long ago. His nameplate still adorns the wall where he once practiced. I grew up in this building so it is comforting to know his presence is here. And just as my father worked side-by-side with his father when he made his transition, I did the same with my father. As my father always told me, "We are just vessels through which healing comes." So, I am constantly calling on my ancestors for continued guidance and wisdom both in my practice and in my life.

I sometimes wonder if my grandfather knew what kind of legacy he was building when that seed of an idea was planted so long ago. What I do know is that I’m very blessed and fortunate to have known him and to have memories of him. I’m also doubly blessed to have my own father, Roy, who is still alive and can help to guide me both in my life and in my practice.